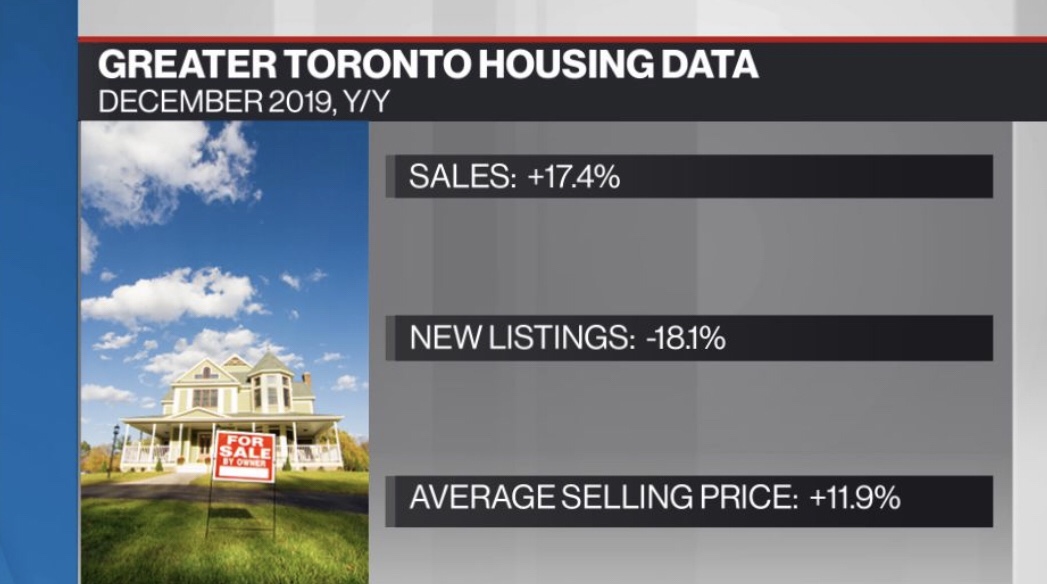 Single-family and semi-detached homes led the way.
It also caps off a year where the market recovered from its decade-low sales levels in 2018.

?As anticipated, many home buyers who were initially on the sidelines moved back into the market place starting in the spring. Buyer confidence was buoyed by a strong regional economy and declining contract mortgage rates over the course of the year,? TREB President Michael Collins said in a release.
The average selling price of a home also rose 11.9 per cent in December to $837,788.

Both new and active listings dropped in the month, prompting TREB to renew its call for more housing supply, and warned the market will continue to tighten until the housing inventory issue is addressed.

?Increasingly, policy makers, research groups of varying scope and other interested parties have acknowledged that the lack of a diverse supply of ownership and rental housing continues to hamper housing affordability in the GTA,? said Jason Mercer, TREB?s Chief Market Analyst. ?Taking 2019 as an example, we experienced a strong sales increase up against a decline in supply. Tighter market conditions translated into accelerating price growth. Expect further acceleration in 2020 if there is no relief on the supply front.?