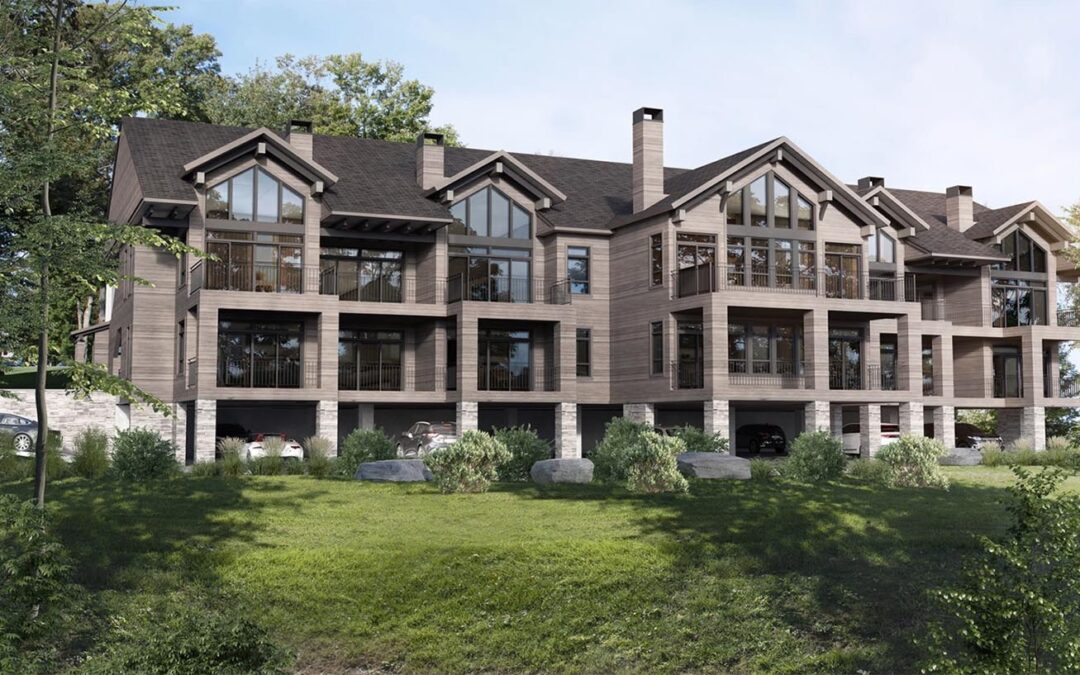 From virtual sales closings to an out-right ban on open houses, the pandemic has forced real estate industry professionals to reinvent the many in-person interactions we?re used to conducting when buying and selling property. Despite unprecedented changes, realty sales teams are still finding ways to close deals amid social distancing restrictions.

Earlier this month, Verbier Tremblant, a luxury pre-construction condominium development, successfully kicked off sales for its first phase with a completely digital launch. Hosted via Google Hangouts on May 9th, the launch attracted 21 buyer couples, who each bought a suite, selling out 70 percent of the phase with $12.7 million in sales.

Situated near the south side of Mont Tremblant in Quebec, Verbier Tremblant is a multi-building, 139-unit condo community just a stone?s throw away from the all-season Tremblant Resort and the area?s popular recreation amenities. Close to snowshoeing trails, ski slopes and Le G?ant golf course, these European-style condos developed by Waddell Construction are touted as scenic getaway secondary homes or investment properties.

The first round of coronavirus restrictions were implemented throughout Quebec in mid-March, preceding further limitations on construction and real estate activity across the province. Months prior to these measures, Parisien explained that Verbier Tremblant had initiated its marketing campaign, and had begun to accept reservations and deposits from prospective buyers. With the sales launch anticipated for April, Parisien had to decide how to rework the event in order to accommodate restrictions and prevent a delay. With news that everyone has been spending more time online shopping, Parisien thought about how he could still sell the property virtually.

With his support staff team, Parisien began to experiment with hosting the launch online. Using his phone placed on a stand above his computer and the floorplans projected on a television screen behind him, Parisien spent a few days testing out the setup. A week in advance of the launch, the sales kit was sent to clients, along with the announcement of the virtual launch.

?The response from the clients was really high, so I say, ?We have no choice. We [have to] do it,?? he explained.

In advance of the launch, clients were sent a Google Hangouts invitation for a 10-minute reservation slot. During each appointment, Parisien talked through his client?s list of preferred units and the project details. When a sale was made, Parisien would prompt a staff member running the floorplan screens to place a red ?sold? dot over the purchased unit.

?People were laughing because I was like a magician,? he said. ?I was just pushing with my finger and the red dot was coming, but we practiced before.?

In normal circumstances, launching sales for a pre-construction project tends to look very different. For Parisien, this celebration usually involves rolling out a red carpet. Although it was a little less glam, he said that it was still a positive experience. Parisien described happy clients celebrating their new purchase while sitting at their kitchen tables or in their living rooms, sometimes with kids watching in the background.

?Some of them had a little glass of wine with a ?cheers.? It was a really good experience and really touching,? he said.

Following the success of Verbier Tremblant?s virtual launch, Parisien applied the same process to a second project launch a few weeks later. On May 23rd, he hosted the commencement of sales on LAGO Tremblant, a waterfront condo project near the shores of Lac Tremblant. It was also a success, with 28 units sold and generating $23.9 million in sales.