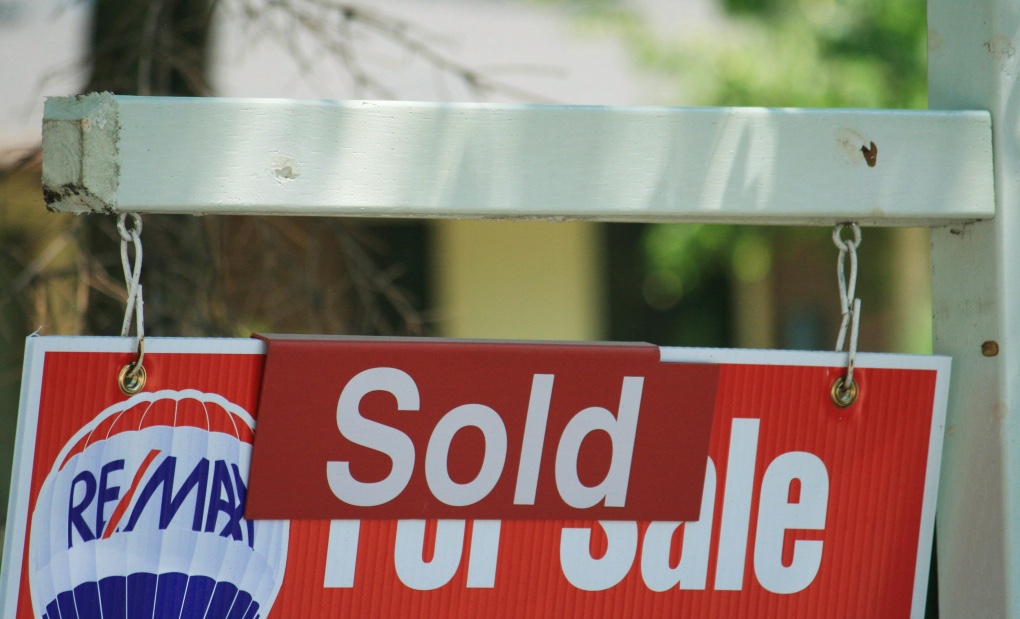 OTTAWA — The Canadian housing market saw more sales this July than any month in the past 40 years, with 30 per cent more homeowners closing on properties compared to this time last year.

The Canadian Real Estate Association said Monday that the 62,355 sales in July 2020 marked the highest monthly sales figure on record, with data going back more than 40 years.

Sales in July were up 30.5 per cent compared with the same month a year ago and up 26 per cent from June, rebounding from lows of earlier this year when the COVID-19 pandemic froze the market.

CREA Senior Economist Shaun Cathcart said there was more than one driving force behind July’s full-tilt housing market, citing both COVID-19 and existing issues heading into 2020.

“A big part of what we’re seeing right now is the snap back in activity that would have otherwise happened earlier this year,” Cathcart said.

“Recall that before the lockdowns, we were heading into the tightest spring market in almost 20 years.”

“Some purchases will no doubt be delayed, but the new-found importance of home, lack of a daily commute for many, a desire for more outdoor and personal space, room for a home office, etc. will certainly also spur activity that otherwise would not have happened in a non-COVID-19 world.”

CREA says the actual national average price for homes sold in July was a record $571,500, up 14.3 per cent from the same month last year.

The uptick in prices was broad-based, with all 20 of the markets tracked by CREA reporting month-over-month increases in July.

In July, demand outpaced supply, as sales increased faster than new properties could be listed. Although new listings hit a record for the month of July, as the number of newly listed homes climbed by 7.6 per cent in July compared with June, it came amid a 26 per cent jump in sales.

Cathcart said in a statement that despite the surge in new listings hitting the market, the total number of listings that lingered on the market as inventory was at a 16-year low.

CREA’s statement also suggested that new supply appears to be “tapering off in many parts of the country,” with the Toronto area dominating new listings. The “sales-to-new listings” ratio in July was at its highest levels since 2001-2002, at 73.9 per cent.

“There are listings that will come to the market because of COVID-19, but many properties are also not being listed right now due to the virus,” said Cathcart.

Brian DePratto, senior economist at TD Economics, said it can be hard to understand how the housing market can be so hot when the unemployment rate remains in double-digits.

“The pandemic has disproportionately impacted lower income Canadians, who are less likely to be or become homeowners,” wrote DePratto in a note to clients. “Borrowing costs have fallen.”

DePratto said that the strength of the recent rebound in the housing market is “definitely surprising” and said there are still many factors to watch in terms of tracking the economic recovery from the pandemic.

“A number of support programs, including mortgage forbearance, are helping insulate the economy from the worst impacts of the pandemic,” wrote DePratto.

“As autumn approaches, these programs will expire or change form. Depending on the progress of the broader economic recovery, this could bring significant headwinds to housing markets, particularly prices.”

This report by The Canadian Press was first published Aug. 17, 2020.